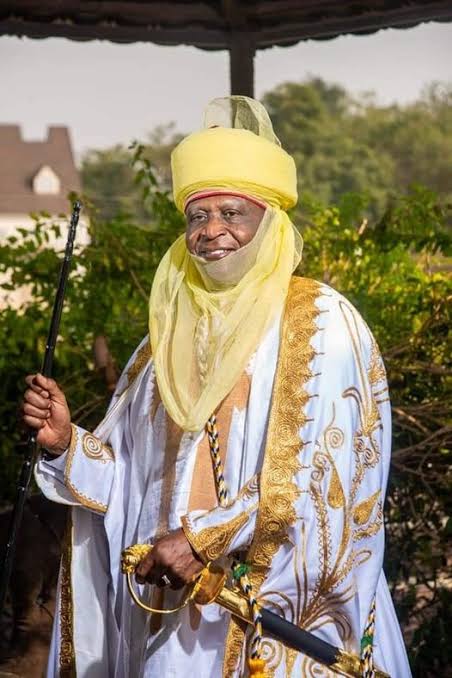 One of those whose destinies have continued to single out for good reasons is the new Tafida of Ilorin Emirate, Alhaji Abubakar Kawu Baraje, CON. A man with qualities of leadership, over the time he has been fortunate to have risen to various enviable positions in his lifetime up to this time when he is chosen as Tafida.

Tafida originally is a Title that is key in many Emirates, many of it’s holders are Princes but few holders are not princes.

In fulfilment of what Kawu Baraje has been divinely penned down in his lifetime, Barajes flagship in career progression was teaching before rising to the pinnacle of the civil service as a permanent secretary, and to the topmost position in his political circle. He was first elected as the then PDP National Secretary , hitherto known as the largest party in Africa, and was subsequently elevated as the acting National Chairman or even described as Chairman as admirably referred to by his contemporaries in the party. This is a man of destiny who has been described as a record breaker in his Baboko ancestral home of Ilorin, Kwara State and throughout the nation.

In the religious circle, the new Tafida is versatile, deep and highly knowledgeable in the teachings of the noble Quran. And in spite of his eye catching positions, Baraje has maintained his being a prayer warrior.
His God fearing nature and act of generosity prompted him to establish an institution named Baraje Centre for Arabic and Islamic Studies where he is the Mudir.

So, Baraje is not just Politician, but a renounced religious and community figure.

The establishment of the centre is one of his ways of reciprocating to the society what the Almighty Allah has done for him. At the centre which was established sometimes in 1991 , the pupils enjoy complete free tuition and transportation with no student paying a dime throughout their years of studies. The teachers and non- teaching staff are paid their monthly salaries and other emoluments as and when due.

To the glory of God, the centre is now an affiliate of Ahmadu Bello University, ABU, Zaria and some other Arabic International Institutions in the Middle East.
His nomination and appointment as the second Tafida of Ilorin after the demise of the pioneer occupant of the title, Dr Amuda Aluko, was accompanied with encomium and overwhelming applause from the citizens of the Ilorin Emirate, the turbaning ceremony took place on 18th February, 2022 at the Emir of Ilorins palace.

Emir of Ilorin, Alhaji Ibrahim Sulu-Gambari, CFR, came out with a lot of excitement, considering his contributions to the economic, social and political development of the community.

The Emir, the custodian of all customary, religious and traditional titles in the Ilorin Emirate and its environs, has said it repeatedly that it is only those that are useful to the people or the Ilorin community that would be rewarded and not on account of their richness or positions of responsibility.

As far as the new Tafida is concerned, he has facilitated the appointment of a number of youth, both males and females either politically or in the civil service at the state or federal levels.

Historically, the title of Tafida is, no doubt, originated from the North of which Ilorin Emirate is proudly part of. The title is very crucial. And today, Baraje has been fortunate to be an important figure, a man with incalculable substance that would clinch it.

The philanthropy of the new title holder, Alhaji Abubakar Kawu Baraje, CON, is not only felt among his immediate family, but extended family, friends, political associates, contemporaries and all and sundry. He is generous to a fault.

For about seven years now that he is not holding or occupying any public office, he has not relented in his humanitarian services or changed his infectious character to fellow human beings. Kudos to the new Tafida of Ilorin Emirate on the rare feat.

Alhaji Baraje takes delight in putting smiles on the faces of many either in terms of financial support, appointment, pilgrimages either to Saudi Arabia for the Muslims or Jerusalem for those in the Christendom.

Alhaji Abubakar Kawu Baraje was born to the extended family of Alhaji Usman Baba Erubu Baraje and Alhaja Aishat Omo-Agba Baraje (of blessed memories) about seventy one years ago. He attended Baboko Native Authority Primary School, Ilorin and at the same time attended Arabic and Islamic School for all round Islamic Education.

Baraje had his Teachers Grade II Certificate and National Certificate in Education between 1971 and 1978. He had a Bachelor of Education Arts from the Ahmadu Bello University, Zaria in 1982. He worked with Kwara State Government as a Teacher, Education Administrator, Public Administrator and rose to the position of Permanent Secretary, a position from which he voluntarily retired without blemish.

After his retirement from civil service in 2006, Baraje ventured into politics. He was part of the national campaign of the PDP Presidential candidate for the 2007 General Elections. He was an Assistant Director in charge of Administration. He worked closely with late President and Commander-in-Chief of the Armed Forces of the Federal Republic of Nigeria, Alhaji Umar Musa YarAdua, on the 2007 pre-campaign tours round the nation as well as presidential campaign rallies throughout the 36 states of the federation including the Federal Capital Territory and the election was landslide victory for the party.
It is on record that he also bagged one of the most covetous National awards known as the Commander of the Order of Niger (CON). The record of his achievements, particularly in the aspect of discipline, internal democracy and the rule of law in party politics has no match.
Also, immediately after that, he contested for the office of National Secretary of the PDP at the national convention and won. He was the acting National Chairman of the party for about two years between 2011 and 2012.
Looking at his performance, Baraje was one of the most successful National Chairmen of the party. Because at that time, the PDP was embroiled in internal wrangling and he was able to bring cohesion into the party. He received commendation for that effort. It was as a result of this performance and on his exit, the then President found him worthy of being awarded Commander of the Order of Niger (CON).