Home Anniversaries Chief Orji Kalu felicitates with the Sultan on his Anniversary. 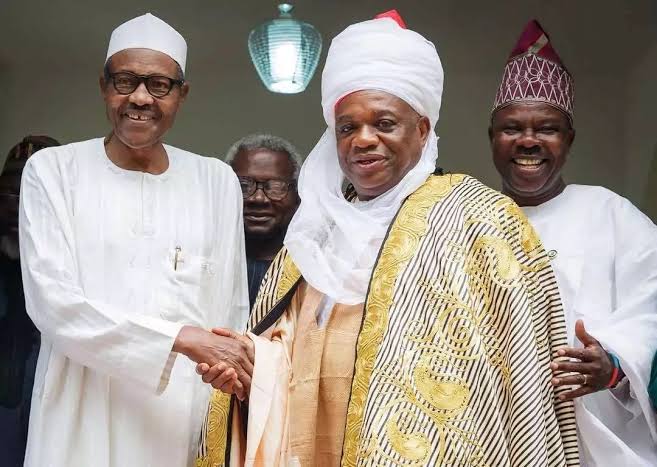 Sen. Orji Kalu, represents the good of people of Abia North Senatorial district in congratulating the Sultan at 15 on the throne, 2nd November 2006 – 2nd November 2021.

The Senator who is a friend and confident to many Northern Nigerian Emirs and Chiefs is always at the forefront of maintaining ties with the Northern Emirates, that good character is among what earns him a Traditional title holder of Danbaiwan Daura of Daura Emirate, Katsina State.

Royalty Magazine gathered the release from the official source coming from the Distinguished Senator congratulating the Sultan at 15. Described Sultan Sa’ad Abubakar as a highly detrabilized statesman with a passion for the growth and progress of Nigeria.

The Senator called on all traditional rulers to use their platforms to advocate peace and unity of the country and also said, Nigeria’s multi-religious nature should not be seen as an opportunity to polarize the country.

The Senator added. “On behalf of the good people of Abia North Senatorial District, I extend my greetings to the Muslim Ummah across Nigeria, the government and people of Sokoto State, and the Sultanate council on the occasion of the 15th coronation anniversary of the Sultan of Sokoto.

“Royalty Magazine is established to propagate Royalty related activities, matters and affairs as well as Royalty documentary production, with over 14 editions in our record and presence in all the geo political zones of Nigeria and always in touch with International Royalty happenings” we are the Nigerian No 1 Royalty medium for your advertisements.