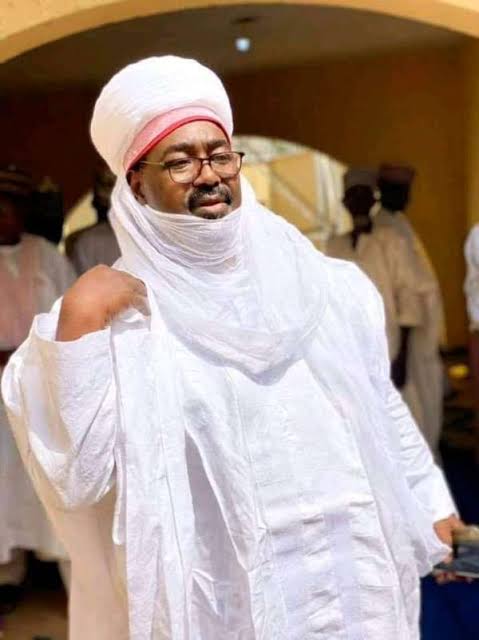 How influential and victorious was Magajin Garin Sokoto…..

The late Magajin Garin Sokoto can be easily refered to as “Man of the people, less previlaged to be precise” he was the type that always accommodated in terms of need, intervention or referrals.

At the 3rd day of his fid’dau prayers held at Sultan Bello Mosque situated opposite Sultanate Palace, royalty Magazine gathered from a neighbor to the Late Magajin Garin Sokoto as follows “he caused employment of over 1,000 people in Federal civil service, also weekly he shares money to all his neighbors and they don’t buy rice or maize because he always share same to them, also since the time became Magajin Gari over 27 years ago , his salary and allowances from the Sultanate were meant for buying drugs to neighbors and other less previlaged, to mention but few.
He was Born to the family of Alhaji Marafa Danbaba and Hajiya Aishatu Ahmadu Bello in 1971, he attended Sokoto Capital School and Federal Government College, Sokoto, for his primary and secondary schools education, after which he proceeded to London, where he obtained Diploma in Management. After his return from London, he ventured into business. In October, 1997, he was installed as the 13th Magajin Gari and King Maker.
The Magajin Garin Sokoto, Alhaji Hassan Danbaba, who died on the 12 February,2022.
He was a non-exectuive director of Thisday Newspapers Limited and owned several businesses including hotels.
The influential kingmaker, who was the grandson of the late Premier of Northern Region and Sardauna of Sokoto, Sir Ahmadu Bello, reportedly slumped in his hotel in Kaduna yesterday, and died on his way to the hospital.
Danbaba died at the age of 51, barely 22 months after he lost his mother, Aishatu, the eldest daughter of the late Premier of Northern Region.
His mother died in Dubai, United Arab Emirates (UAE) in April 2020. Until his death, he was one of those behind the Rice Revolution of President Muhammadu Buhari being championed by the Central Bank of Nigeria (CBN).
He played a key role in the last Rice Pyramid fair in Abuja by the RIFAN.
Magajin Garin Sokoto was part of the eminent Nigerians who converged on Lagos last weekend to find solutions to the challenges confronting the country ahead of the 2023 elections.
In a condolence message issued by President’s media aide, Garba Shehu, in Abuja, President Buhari said: I am shocked beyond words. The Magajin Gari leaves a void that will be difficult to fill in the Sultanate and our nation.
He was always full of happiness and warmth. He will be remembered as an envoy of the culture and traditions of the Sultanate. My prayers and thoughts are with the family he left behind, the government and people of Sokoto State. May his soul rest in peace.
Magajin Gari who fed over 300 people weekly will be missed. He assists, irrespective of religion or tribe.
He left behind three wives and six children.
May his soul continue to rest in peace…. Ameen
“Eminence Royalty Magazine can be reached through www.royaltymagazine.com.ng or 08026661302

previous Emir Of Keffi Describes As Veritable Partner In Art Of Governance - Governor Abdullahi Sule of Nassarawa State
next Sultan of Sokoto calls for Peace, respect to constitutive authority