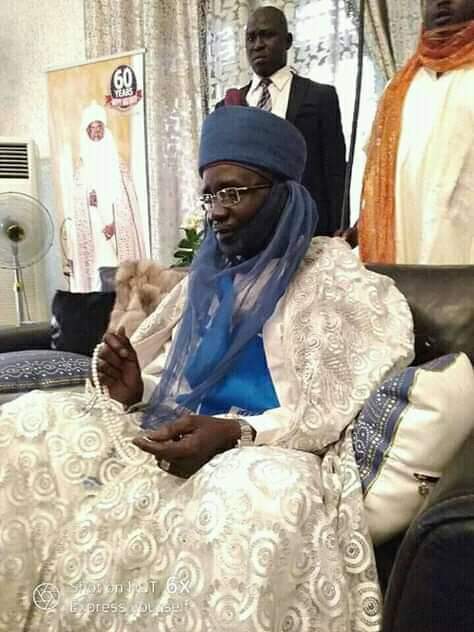 “Reach out to us to advertise your products and services or place goodwill message in next multifaceted editions coming out on 27th December 2021, celebrating the anniversaries of Sultan, Atiku Abubakar, Wazirin Adamawa & Emir of Keffi”

Sardaunan Kano, Senator Ibrahim Shekarau who secured the Title of Sardaunan Kano during the reign of Late Emir of Kano, Alh. Ado Abdullahi Bayero due to his total commitment, respect and obedience to the Emir and Kano Emirate at large. Those qualities did not only earn him political reward in Kano but also earn him social respect from the generality of good people of Kano State.

Recently, the political atmosphere of Kano State APC was not conducive due to chaos as the result of party leadership between the team of Sardauna and that of Khadimul Islam, Governor Ganduje.

An Abuja court affirmed the legitimacy of Sardaunan Kano’s team which Ganduje’s team is still not welcoming such outcome.

In an interview granted by Sardaunan Kano on 4th December 2021, he stated that for about 7 months he has been trying hard to meet with Governor Ganduje to address the political crises in Kano State APC but proove abortive.

However, the National Chairman APC stated that Governor Ganduje’a team has no basis for going further in the judicial outcome.

previous Ganuwa and Kibiyan Kabin Argungu confirmed by Emir Samaila Mera.
next How influential and victorious was Magajin Garin Sokoto